Top-ranked Flyweight contender Jessica Eye has struggled with making weight ever since getting knocked out by Valentina Shevchenko in a title fight. Her failure to reach the fight weight at UFC Fight Night: Eye vs Calvillo is the second time in a row that she has missed weight.

Eye needed the hoop to attempt to make weight for her fight against Cynthia Calvillo. However, she was still .25 over the predetermined weight limit. Noticeably ‘Evil’ had on her face mask as required by the Nevada State Athletic Commission. It remains unknown if she would have made weight had she been allowed to remove the mask.

Following the announcement of “126 and a quarter” Eye had to make her way back to the scale for a photo op.

As she raised her arms and posed for the cameras it was evident that standing was a great task for her following her weight cut. A few seconds later ‘Evil’ used her arm to steady herself as she stepped off the scale. She said, “I’m sorry guys I don’t think I can stand.”

For the second straight fight after challenging for the women’s flyweight title a year ago, Jessica Eye missed her mark on the scale. This time, it was by a fraction – 126.25 pounds, with the mask on, at the #UFCVegas2 official weigh-ins. https://t.co/AtuBHXx62X pic.twitter.com/6kBBiYafmD

Earlier, the former Championship challenger had also missed weight at UFC 238. Here she faced Viviane Araujo and won by unanimous decision at a 131 lbs Catchweight contest. 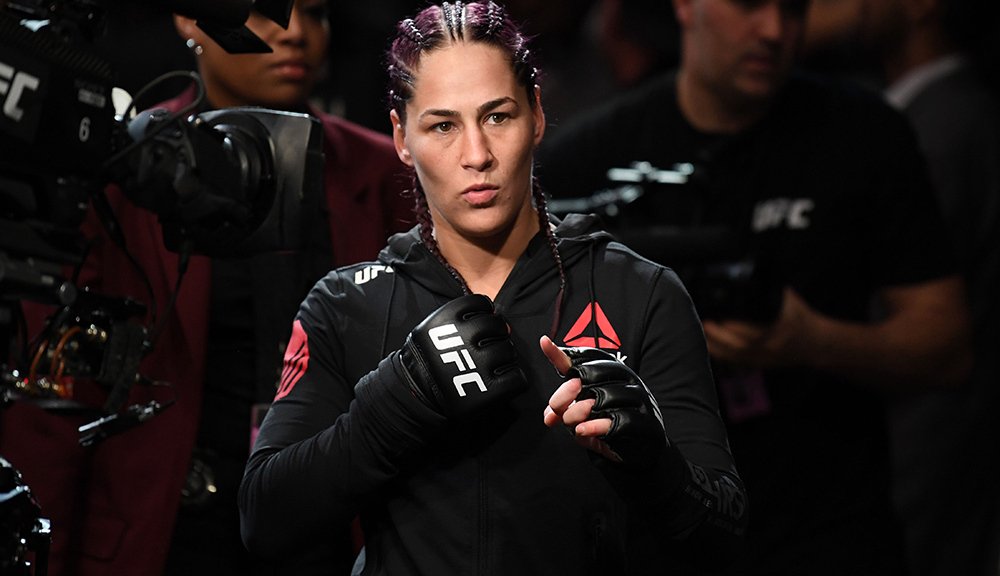 The main event is one of 3 fights of Fight Night to be contested at catchweight. The other fighters to miss weight were Karl Roberson and Zarrukh Adashev. For being .25 lbs overweight, ‘Evil’ will forfeit 25% of her fight purse to Calvillo.

Calvillo is no stranger to missing weight. She too has experienced twice in her last 3 Strawweight fights. This includes her previous appearance at UFC on ESPN: Overeem vs Rozenstruik where she fought Marina Rodriguez to a draw.

As a result, she possibly moved up a division and was to compete at Flyweight for the first time in the UFC. With Eye’s history of weight struggles could she consider taking a lead from Calvillo and moving up a weight division?

Continue the conversation on Telegram, join other MMA fans on MMA Fans Group

2020 was a scary year for many, but “Heat Waves” was just the tonic for thousands of Australians. “From the ethereal opening bars, ‘Heat Waves’ perfectly encapsulates the collective mood of the past 12 months,” comments triple j’s Music Director Nick Findlay.The track is lifted from Dreamland, the Dave Bayley-led band’s third and most successful…

Celebs are ‘untouchable’ when it comes to breaking lockdown rules, says academic

SpaceX launches a record 143 satellites on one rocket, aces landing